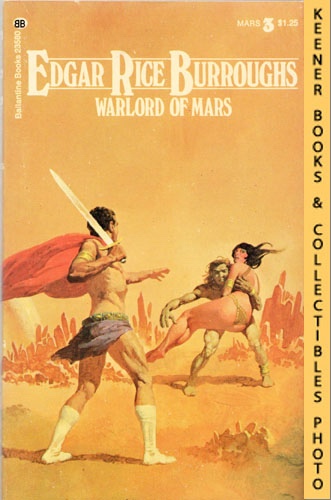 The Warlord of Mars: John Carter Of Mars Series

014473: Ballantine #23580 Original List Price $1.25 as labeled. Covers and pages are clean, unmarked (except for prior owner's name on inside front cover and top of front flyleaf), bright, tightly bound and sharp cornered. Scarce, Out Of Print, Book. Cover was illustrated by Gino D'Achille. "After the battle at the end of the previous book, which ended with the destruction of the religion of Issus, John Carter's wife and two other women were locked in a slowly rotating prison attached to the Temple of the Sun, each of whose hundreds of cells are only open to the outside world once every year. In the meantime, Carter's friend Xodar has become the new Jeddak (chief or king) of the black Martian First Born, and those white Martian therns who reject the old religion likewise gain a new unnamed leader, but there are still some who wish to keep the old discredited religion going, including the therns' erstwhile leader, the Holy Hekkador Matai Shang. John Carter discovers that a First Born named Thurid knows the secret of the Temple of the Sun and he and Matai Shang want to rescue the Holy Thern's daughter Phaidor, who has been imprisoned with Dejah Thoris and another Barsoomian princess, Thuvia of Ptarth, in the Temple jail for several hundred days.": Vol. 3: Cover Art: 4.25 x 7 in.: 158 pages

Title: The Warlord of Mars: John Carter Of Mars Series 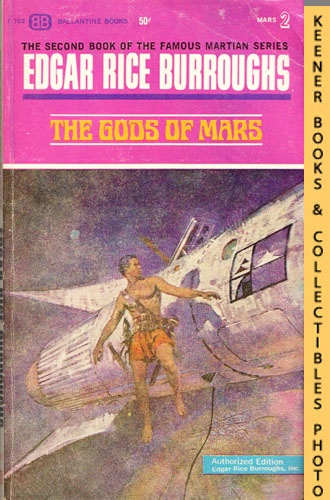 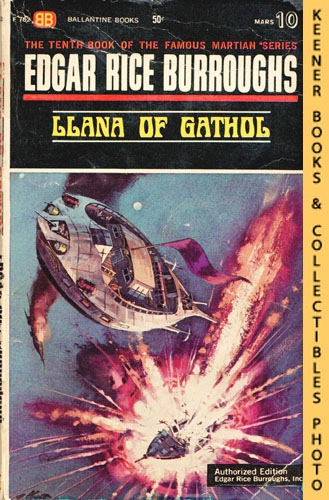 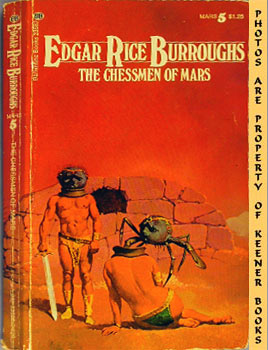 The Warlord of Mars: John Carter Of Mars Series